Music clip for 'Positive Messages', the song produced by the Music and Recording workshop at last year’s Remote Indigenous Media Festival in Yirrkala. IRCA would like to thank our host TEABBA for this year's festival. We would also like to thank the the Traditional Owners (Rirratijingu Clan), East Arnhem Regional Council and  the members of Yirrkala community for letting us have our festival in their beautiful community.

The festival theme was: Our Stories from the Home of Land Rights

160 remote media workers and industry partners from across Australia gathered in the community of Yirrkala on Yolngu Country for the action packed 18th National Remote Indigenous Media Festival. Everyone was welcomed to saltwater country by the Rirratjingu clan of Yirrkala with a Bunggul (ceremony) featuring songmen and dancers from across the Arnhem Land region. Thank you to Top End Aboriginal Bush Broadcasting Association (TEABBA) for co-hosting this year’s event.

ABC Sports Broadcaster and Indigenous Leader, Charlie King, and CEO of the National Centre for Indigenous Excellence, Kirstie Parker, delivered keynote addresses to the delegates describing the positive impact of broadcasting in breaking down barriers, addressing social issues, building career pathways and empowering people to tell their stories. The workshop productions were presented at the end of the week, demonstrating the technical skills, creativity and positive storytelling that are hallmarks of the sector. 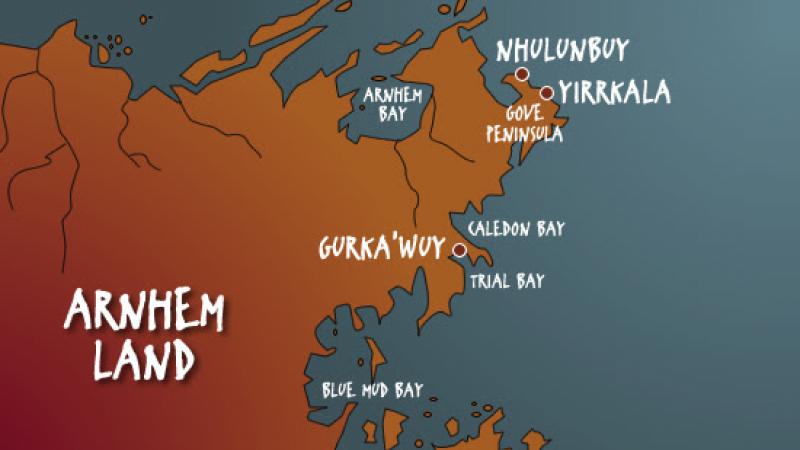 The evenings were alive with local culture and talent, movies, music and the remote media and video awards. Indigenous Community Television (ICTV) managed the Festival screenings of community produced media from across remote Australia. The opening night saw the screening of Arnhem Land stories by local media organisations ARDS and Mulka project, and a showcase night of remote productions made for national broadcast on NITV. The Festival concluded with an epic night of cultural richness, performance and music, including Yirrmal, East Journey, Gawurra, Shelley Morris, Bara Band and Yothu Yindi.

The festival marked an important milestone for IRCA, which is currently in the process of expanding its role to become the national peak body for the broadcasting, media and communications industry. A new Constitution was passed at the Annual General Meeting which will enable IRCA to now invite membership applications from remote, regional and urban media organisations. IRCA also launched its draft Strategic Plan 2016-19. This will be used as a starting point for consultation on the type of services and support it will offer to best meet the needs of its membership.

The remote media industry awards were presented throughout the week, recognising the significant talent and commitment in the sector. Check out the National Remote Indigenous Media Award Winners here.