CAAMA Music is committed to working with indigenous Australians at the community level to train, develop and nurture the talents and skills of artists and music industry workers through recording, performance, distribution and publishing. They offer state-of-the-art recording facilities, including production and post-production capabilities, equipment hire and full recording label services. These enterprises contribute to the ability of indigenous Australians to generate and control their own creative and economic activity. CAAMA Productions Pty Ltd is the largest Indigenous production house in Australia. They are an experienced film making company located in the centre of Alice Springs with an intimate knowledge of local Aboriginal people and communities. As a professional film, television and creative facility, CAAMA Productions supports award winning Indigenous producers, directors, camera crews and editors. 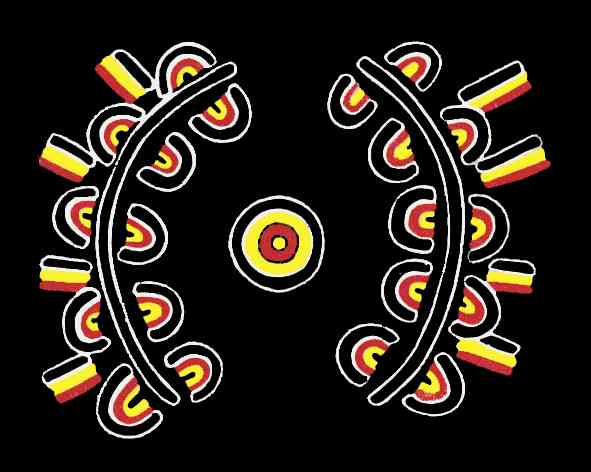 The CLC's community ranger program is one of Central Australia's most popular and successful initiatives in Aboriginal employment. Funding provided through the federal government’s Working on Country program (administered through the Department of Sustainability, Environment, Water, Populations and Communities) and the Real Jobs program (administered through the Indigenous Land Corporation) has enabled the establishment and growth of these ranger groups. Additional funding for operational support for the CLC Ranger program is provided by the Aboriginal Benefit Account and the Department of Education, Employment and Workplace Relations.

The CLC ranger program is made up of nine groups: 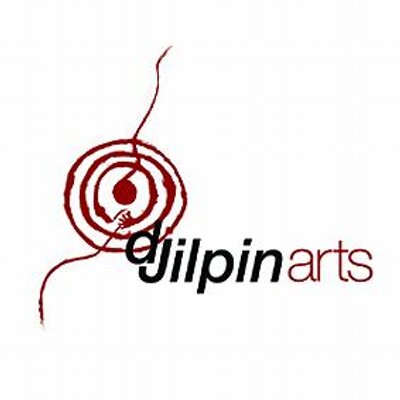 Djilpin Arts Aboriginal Corporation is a not for profit organisation based in the Beswick (Wugularr) community of the Northern Territory. It was established in 2002 to maintain, develop and promote traditional and contemporary Indigenous visual and performing arts of the Katherine and Arnhem regions.

Working in country with kin and culture across generations Djilpin Arts’ activities which include visual, performing and multimedia arts, are rich in spirit, bringing healing to the community, linking traditional culture with modern enterprise. Djilpin operates from then Ghunmarn Cultural Centre in Beswick and its Katherine Gallery. The annualWalking With Spirits Festival at Malkgulumbu (Beswick Falls) re-enacts the ancient art of corroboree with fire, music and imagery. Multimedia programs create film and video which take Djilpin’s stories to the rest of Australia and the world.

Djilpin’s has 100% Indigenous membership of approximately 75 people from Wugularr and other communities, and from Rittharngu/Wagalak, Dalabon, Mialli, Mara, Jawoyn and Rembarrnga language groups. It is overseen by a Board of Directors and has eight permanent indigenous staff positions. While the name “Djilpin‟ refers to important ceremonial land at Goyder River, the organisation’s focus is on arts and cultural practice in the region, rather than with a particular group of Traditional Owners.

Erub Erwer Meta (Darnley Island Arts Centre) works to revitalise traditional Erubam le and share it with the world. Erub, also known as Darnley Island, is one of the most remote communities in Australia, located 160km north east of Queensland's Cape York Peninsula. This beautiful volcanic island situated in deep turquoise waters, on the edge of the Great Barrier Reef is home to approximately 400 Erubam people.

The Centre specialises in hand-built, wood fired ceramics, printmaking, works on paper as well as creating jewellery, textiles, weaving and handcrafted dance ornaments. Erub Erwer Meta is a unique art centre bringing community arts such as broadcasting, music, performance and IT technology together in the one facility.

From its beginnings 20 years ago as a craft group Ekkilau, to building a centre, Erub Erwer Meta is dedicated to all art forms. Erub artists have worked hard to develop their own artistic identity. 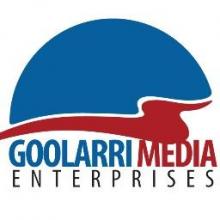 Goolarri Media Enterprises is a fully owned Indigenous company through the Broome Aboriginal Media Association which was launched in 1991 after ten years of community discussion about the need for an Indigenous media service for the rapidly growing town of Broome.

Goolarri Media assists the development of both Indigenous and non-Indigenous media and communications in the Kimberley region, assists in the development and ongoing enhancement of Indigenous musicians throughout Western Australia, creates and produces valuable event activities for the entire community and delivers nationally recognised training across all sectors of the organisation. The Kimberley Ranger Program employs Aboriginal men and women to look after country while equipping them with TAFE qualifications in Conservation and Land Management.

The Kimberley Land Council currently facilitates eight full-time ranger groups through the Working On Country program as well as six emerging rangers groups from across the entire Kimberley region. The program employs more than 50 rangers, who are out working on their country.

The Kimberley Ranger Program gets people working back on country, while also providing employment and skills training through on-ground practical work and TAFE qualifications. It has many flow-on benefits and has contributed to improved social cohesion in communities with rangers emerging as positive role models. The program has led to improved self esteem, health and well-being while reducing unemployment.

Rangers complete a range of tasks including the protection of cultural sites, weeding, wildlife and biodiversity monitoring, burning, conducting research, monitoring the health of rivers and waterways and fish sampling. Barkly Regional Arts has the experience, network and resources to train this amazing group in Digital Media. This training is unaccredited but what we offer is professional artists in the industry to be training the Media Mob. Barkly Regional Arts can not only offer training but also projects and events in which this Training can be practically explored, utilized and demonstrated. 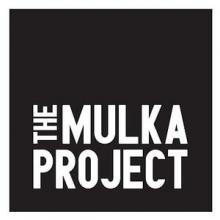 The name ‘Mulka’ means a sacred but public ceremony, and, to hold or protect. The mission is to sustain and protect Yolngu cultural knowledge in Northeast Arnhem Land under the leadership of community members. The Mulka production house and archive is managed by Yolngu law, governance and culture. The Mulka Project is actively involved in partnerships with academia, museums and individual researchers with collections and projects significant to their region. Films, photography, documentaries and music are just some of the exciting material being produced through Warlayirti Artist’s New Media Centre.

Since 2009 the New Media Centre has been home to the Motika Project. The Motika Project is an arts-based project produced by Warlayirti Artists (Balgo) with the communities of Balgo, Mulan and Billiluna.  This 3  year project uses community members lived experiences of the ‘motika’ (motor car) as a ‘vehicle’  to explore a range of social, cultural, economic and justice-based issues experienced by indigenous Australian living on remote communities. The project has taken  the form of workshops and exhibitions in photography, advertising and painting and ultimately a new film work about this all- important part of contemporary indigenous culture. 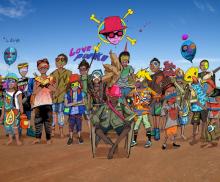 The Yijala Yala Project is a long-term, multi-platform arts project based in Ieramugadu (Roebourne) focused on telling the story of the community’s culture, history and future in a range of media: theatre, film, games, iPad applications and music. Through arts and digital media skill development and content creation, it explores the inter-connection between past, present and future, young people and older generations, ancient and modern culture and how critical they all are to the heritage of the ‘now’.